Last night was one of the best opportunities I’ve had in a long time to do some imaging, and being a Friday, had the benefit of not having to get up for work next day!

First up is an image of a region on the border of Virgo and Coma Berenices, an area noted for the wealth of galaxies it contains. Taken through the ED80 using the Atik 314L+, this is comprised of 7 x 5min luminance and 7 x 2min each of R, G and B frames.

As the galaxy cluster reached the meridian, I moved east to M5 in Serpens, one of the biggest and brightest of the globular clusters visible from the UK. Exposure details were the same as for the galaxies. The bright star below M5 is 5 Ser, which shines at magnitude 5.04. 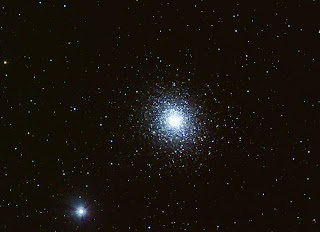 Last night was another lovely clear night, so I decided to have a go at imaging M5 in Serpens. This is a globular cluster that’s every bit as big and bright as M13 in Hercules, but seems to be less well known, perhaps because of its less favourable declination from these latitudes.

This image, taken with the Atik 314L+ through the LX200R with 0.63x focal reducer, is made up from 12 x 5min luminance exposures through the CLS filter, and 12 x 2min exposures of R, G and B to add the colour. 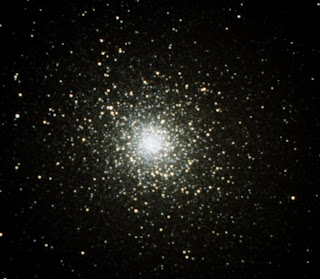 It was starting to get a little late by the time I’d finished, so I decided to see what the camera could do with two other Messier objects, the famous Ring nebula M57 in Lyra, and open cluster M29 in Cygnus. 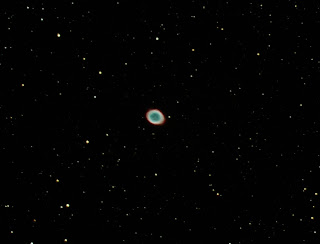 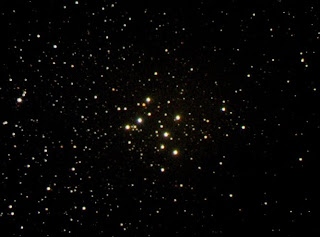 After a night of clear skies, but very strong winds, I decided to get up early to have a go at getting a shot of the conjunction between Venus and Jupiter. However, the weather decided not to play ball, and I ended up with a band of cloud along the southern horizon. All that was visible was the moon peeking out through the cloud layer. 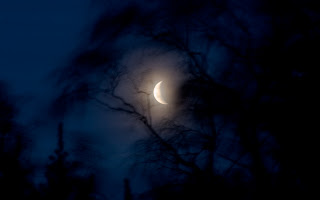 I’ve just created the blog – now to dig out some photos!